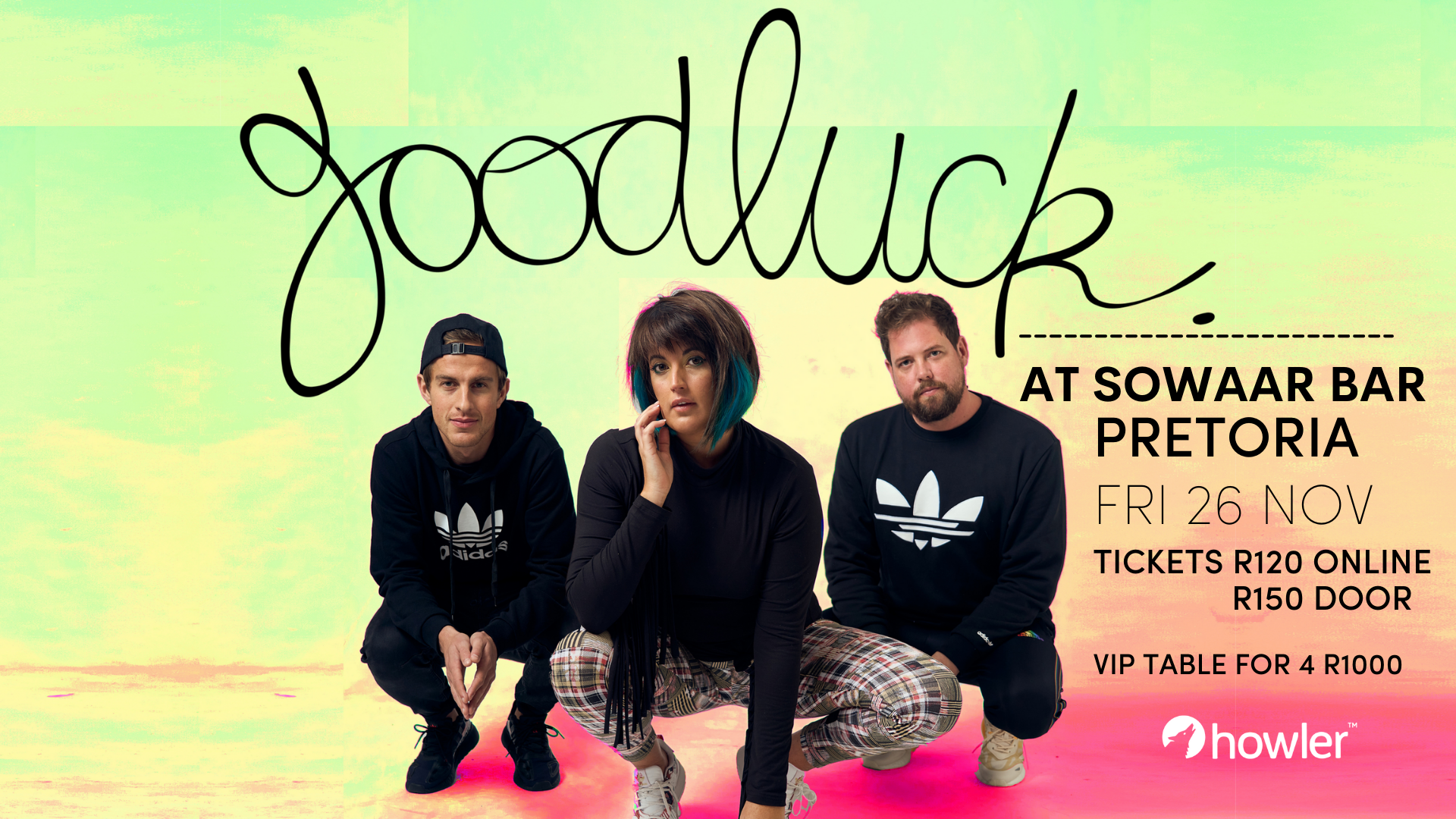 Join us for this awesome concert - we are super excited to announce GoodLuck LIVE in Pretoria for the first time in AGES at Sowaar Bar.

Expect the best in electronic music, a ton of drinks specials and the best vibes only!

GoodLuck will perform live from 20:30

Born and raised in Cape Town, South Africa, GoodLuck is a group of live-electronic musicians, pop producers, songwriters, entrepreneurs and philanthropists. As one of the countries most successful exports, the band has been touring the world since 2012 with a clear focus to use their music as a force for good.

GoodLuck's music is madly diverse and continually evolving, it seems the trio of Jules, Ben and Tim are never satisfied with resting on what they have achieved. Since the band's inception, GoodLuck has reached 23 x Top40 radio singles, 9 charting number one singles and performed 1000’s of shows around the world.

GoodLuck always seems to be on an adventure - from recording an entire album in the Namibian desert powered entirely on solar power - to reinventing some of their biggest hits with an 11 piece swing band, there seems very little this trio won't turn their hand to, to make magic.

GoodLuck fans are devoted and the band have sold out shows across South Africa, The UK, Germany, The Netherlands, Namibia and Vietnam. They founded and produced their own summer festival series Get Lucky Summer that has grown to sell around 25 000 tickets every year. You’d understand why there’s such ardent support when you see their live show. Simply put, it’s crazy. I would challenge anyone to try and not dance when GOODLUCK is performing. It is high-energy, high engagement and a whirlwind of saxophone, keyboards and the maddest array of electronic instruments that all create a backdrop for a strong female frontwoman.

In some ways GoodLuck are the biggest best-kept secret. An act who’ve held their own alongside some of the top artists in the world (like Pharrell Williams, Groove Armada, Martin Garrix, Lost Frequencies, Basement Jaxx, Jungle and more) and still control the underground hype of the undiscovered gem.

As GoodLuck prepare for the next phase of their career, the band keeps true to the core of who they are and why they exist. "We know that if we keep writing great songs that can help people through all the chaos in life and if we can keep us all dancing... everything else will fall into place."

LISTEN TO GOODLUCK ON SPOTIFY